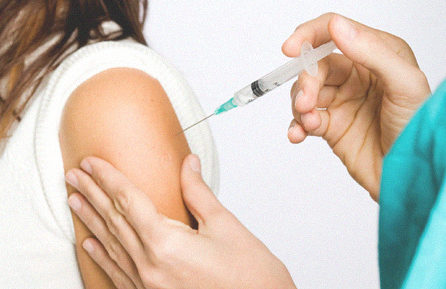 IV nutritional therapy is good if you have the time and are able to sit through an infusion, but many people do not have the time for IV therapy.  Intramuscular (IM) or subcutaneous (SQ) injections can at times be more convenient and has certain advantages over p.o. or by mouth supplements. Many IM injections are use to build muscle or manage weight. Some daily at home SQ injections can be part of a weight management program as well.

Obesity is a serious problem in the United States. Obesity affects the lives of individuals in many ways. With obesity becoming increasingly more common, many physicians and clinics around the country have focused on providing a medically supervised weight-loss program or bariatric surgery. There have been medical weight loss clinics in the past that have offered treatments like the Fen-phen diet a combination of the two drugs, fenfluramine” and phentermine. The combination is no longer used because of the pulmonary artery hypertension which even resulted in death for some. Obesity has its own risks that can cause serious morbidity over a lifetime.

The best weight-loss programs include medical supervision, motivation, diet and exercise. At Landmark Aesthetics, we are dedicated to helping patients with weight-loss goals and body shaping or toning. We use fat-burning injections from Olympia Pharmacy  that help complement these weight-loss programs for the best possible results. We also offer oral supplements that aid in weight reduction from Life Extensions.

If you have had or are scheduled for weight loss surgery we do offer the non-surgical lifting and tightening that is often needed as well as nutritional support both intravenous and oral in addition to IM injections.

Sermorelin a form of a hormone naturally produced by the hypothalamus, known as Growth Hormone-Releasing Hormone. GH-RH is the means by which the brain sends a request to the pituitary to release Human Growth Hormone (HGH).

Sermorelin is different from Bio-Identical HGH.  Sermorelin Acetate is not structurally identical to GH-RH, but Sermorelin is  capable of producing the same biological effect on the body that is achieved naturally through GH-RH. Sermorelin  is structurally identical to the active portions of the GH-RH molecule, while omitting portions of the molecule that are not biologically active.  Although the Sermorelin molecule is not naturally produced by the body, there are no adverse effects related to the exogenous nature of the hormone. The treatment is perfectly safe.

Adult Human Growth Hormone production reaches its peak by the time we reach the age of around twenty. Over the course of our twenties, we maintain high levels of HGH production which help us sustain ourselves physically, cognitively, and psychologically.  By age 30,  we only produces 40% of the HGH emitted during the period of peak production in our early twenties.

HGH Deficiency is correlated with a number of symptoms and and syndromes that we take for granted as simply a part of the aging process, such as:

Many Other Symptoms throughout the Body

Benefit of Sermorelin Vs. Other Treatments

Although HGH Hormone Replacement Therapy is a safe and effective means of restoring healthy Human Growth Hormone Levels, Sermorelin Acetate Injections completely eliminate the risk of overdose by biological negative feedback of the Pituitary Gland. When the hypothalamus feels that the human body has a sufficient amount of HGH necessary to maintain optimal health and hormone balance, the hypothalamus releases the inhibitory hormone Somatostatin, which blocks the uptake of Sermorelin and GH-RH by the Hypothalamus, preventing the brain from overloading the body with excess HGH. Overdose via Sermorelin Injection is nearly impossible.

Clinical trials show that after a single year of Sermorelin Acetate Therapy, it is possible to achieve a 20% reduction in adipose fat tissue. The majority of this fat tissue is eradicated from the midsection. Fat from the waist, hips, and stomach decline by around 30% while weight loss occurs via marginal areas of body fat such as the legs, arms, neck, and chest at a mass percentage of around 13%. Significant parts of this information was taken from kchormone-com/

Not sure which treatment is right for you?